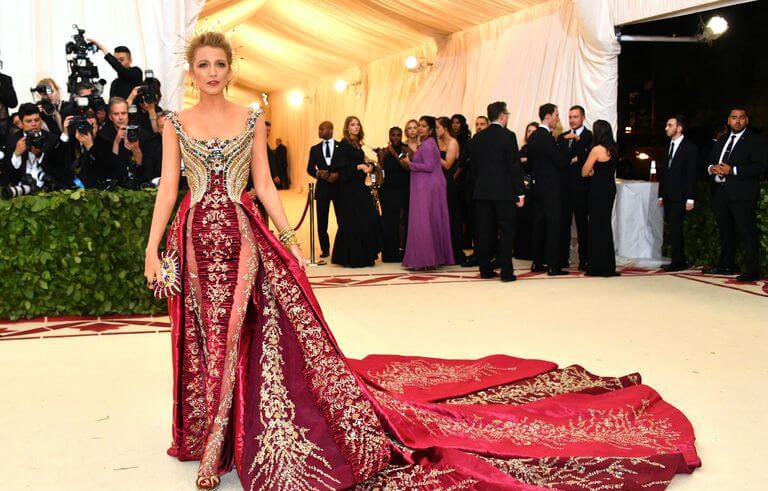 Met Gala, the Oscars of Fashions, is the biggest and red-carpet event in the whole fashion industry. Heavenly Bodies: Fashion and the Catholic Imagination was the theme of this blockbuster event in 2018.

The theme was well justified by the stunning Hollywood actresses, models, fashion designers, musicians, fashion editor and businessman who had made the show with their ever-best attire.

The mega event was taken place on Monday 7th May 2018 at Metropolitan Museum of Art in the city of New York. It was the 70th anniversary of Met Gala event and the event was co-chaired by Katy Perry and Pharrell Willams.

It was a very tricky decision to decide whose dress was the best, but still, we have picked the list of top five who was just marvelous and beyond any words. Let’s check out those top ten heavenly figured stars:

1- Rihanna: The pop star Rihanna was the actual queen of the show and she took the Met Gala theme of the year 2018 to a next level. Rihanna was the real showstopper and her smokey eyes and beached eyebrows had taken the heart of many people present in the show include the judges.

Her art of dressing and looks was a perfect interception of Met Gala theme of the year 2018. That is the reason why Andre Leon Talley, the Vogue editor called her regal yellow. 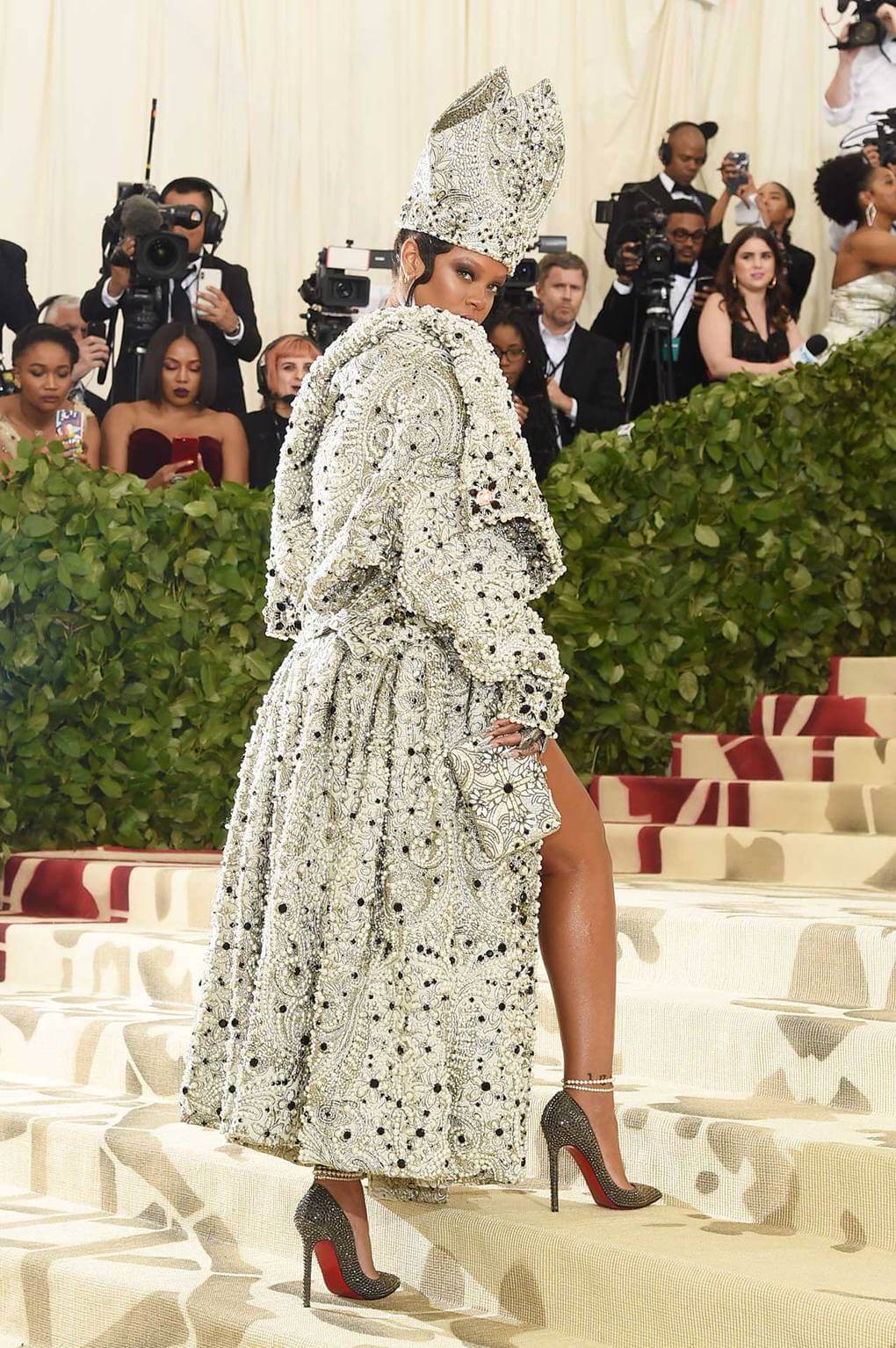 2- Amal Clooney: It was a hooray situation for the Lebanese-British barrister, Amal Clooney who deserved the most vibrating applause all around the fashion fraternity for her sleek navy satin trousers which perfectly blended her eye-catching figure, and which had found her a place as a co-host of Met Gala along with alumni Rihanna and Donatella Versace. 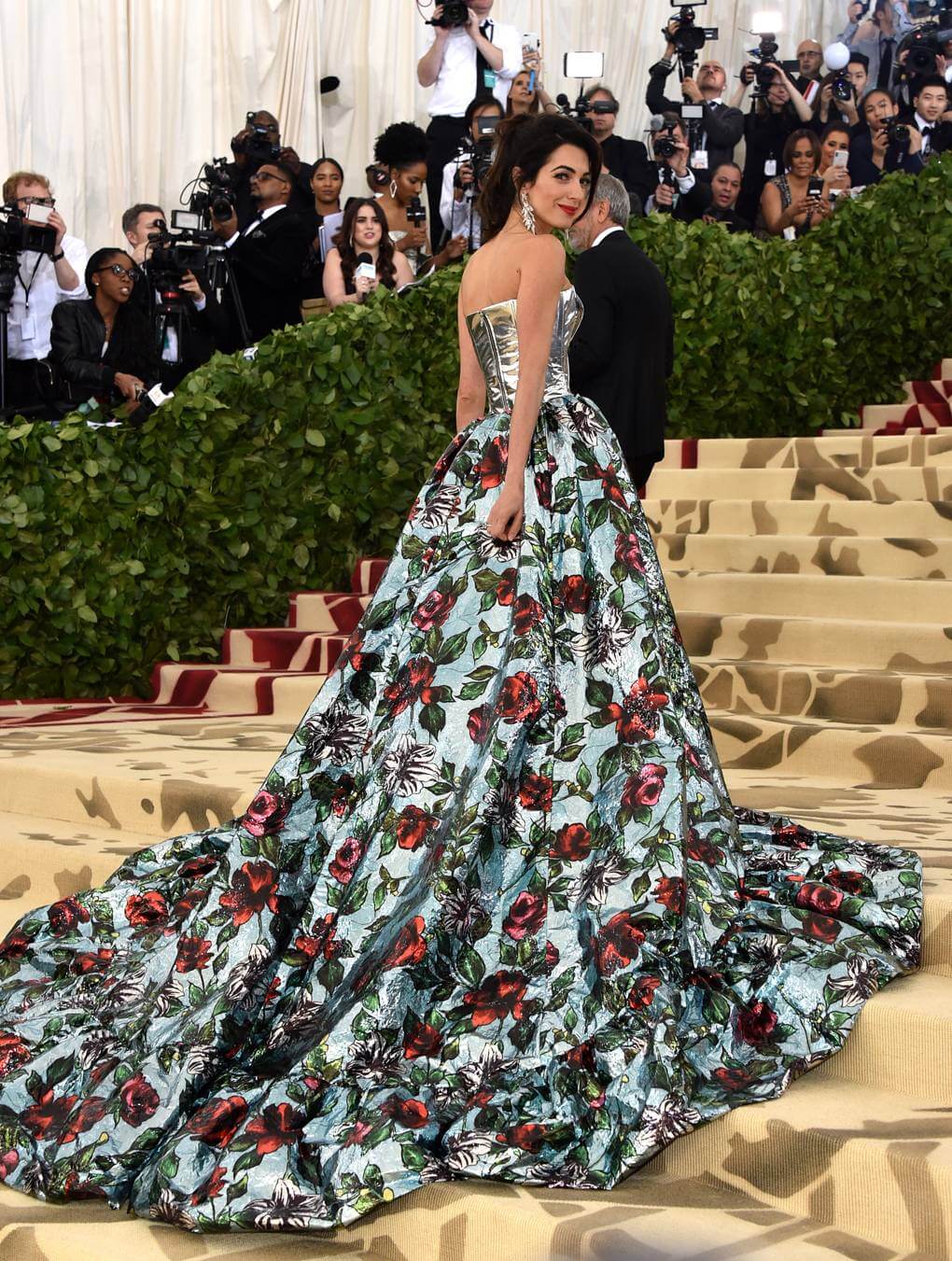 3- Selena Gomez: She was looking exceptionally sexy and cool when she was walking to showcase her gown. Selena Gomez was one of the prettiest pieces on the red carpet of Met Gala, 2018. Her looks were so spectacular that nobody imagined that a wilted nightgown can have such an exciting compromise. 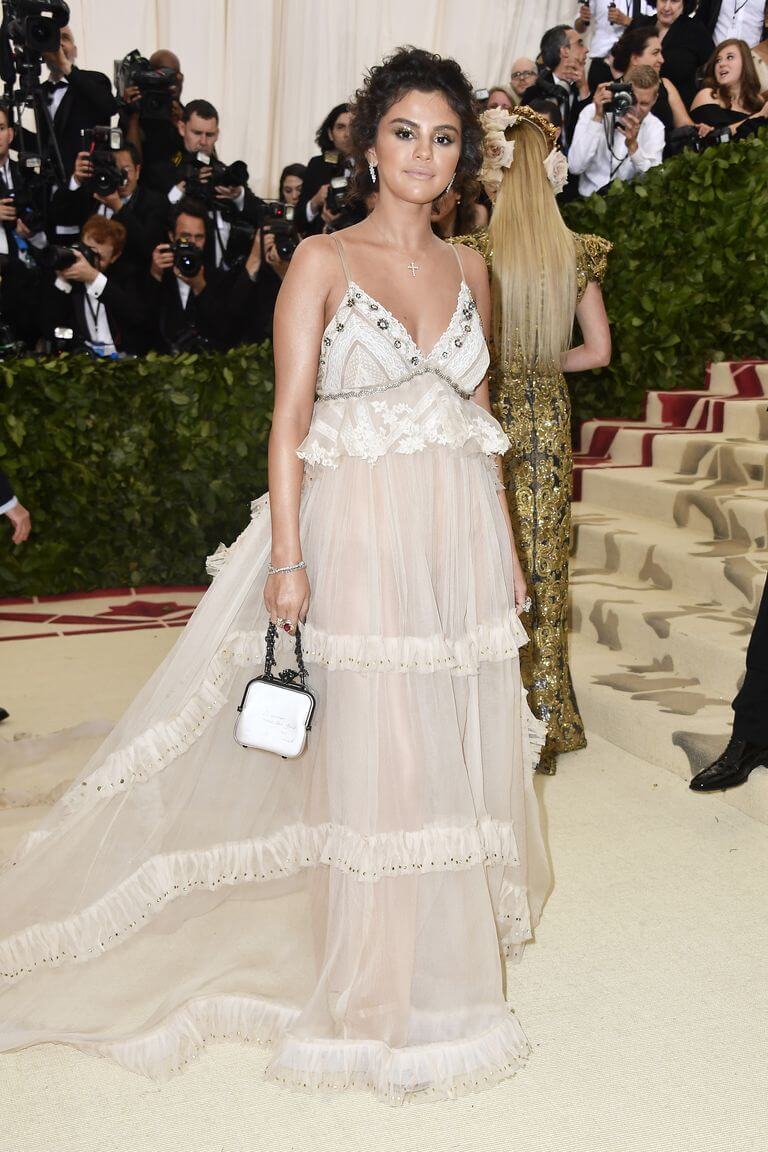 4- Blake: Created by Versace Blake was just remarkable on her red dress and she revealed the dress took more than 600 hours to complete and finally the best dress ever made by Versace came to live when Blake wore it on the special night which was extremely decorative with all ruby and gold design feature with some intricate, luxurious and the most expensive beading. 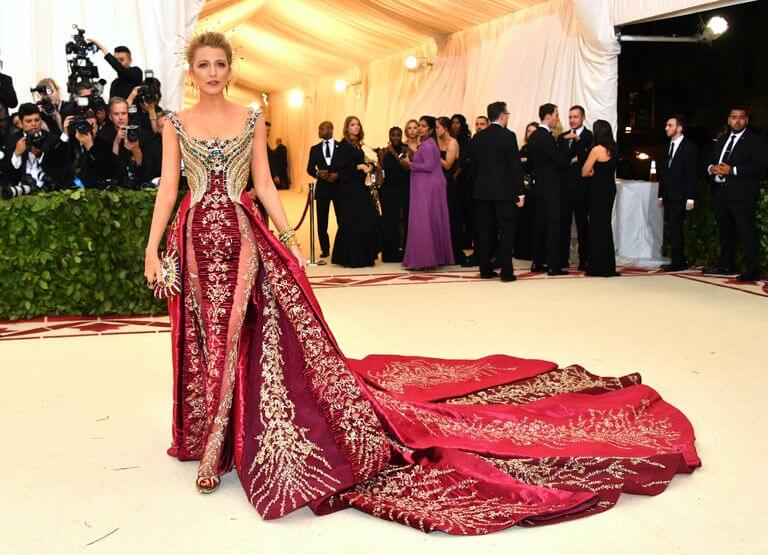 5- Lena Waithe: Lena Waithe had taken the red carpet to a spectacular level. On that night she was built around Catholicism and fetishize the trappings and she used the platform for religious core tenets. 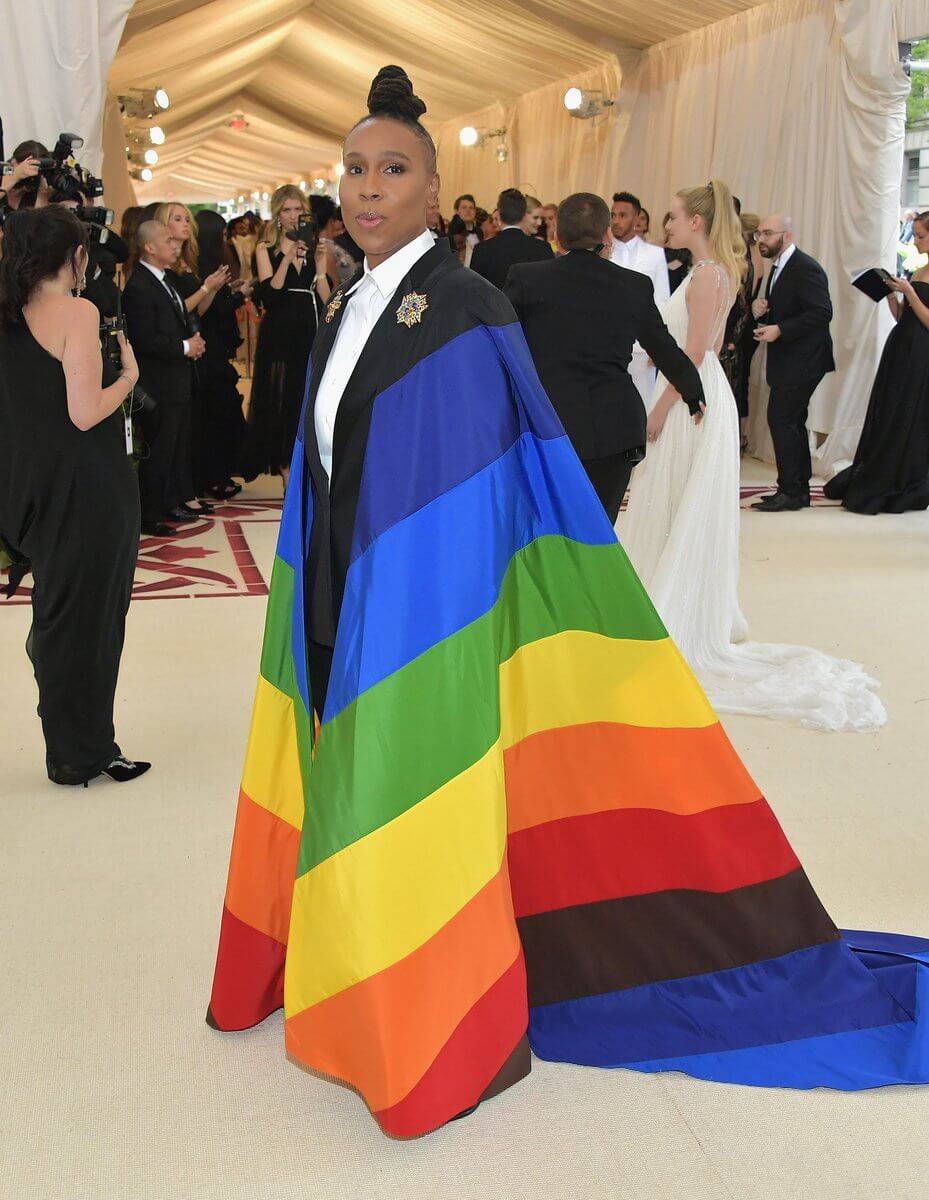 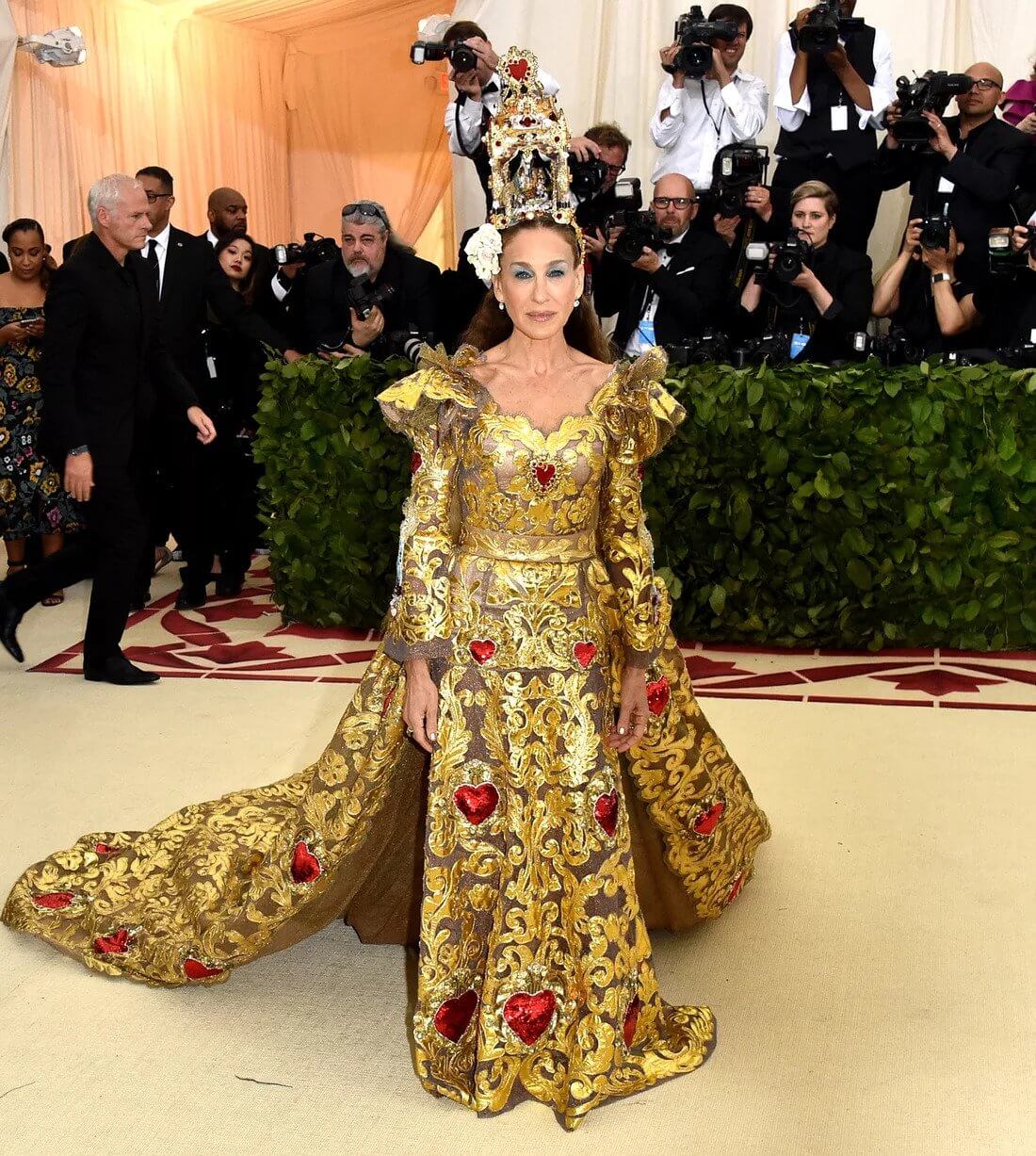 7- Katy Perry: Katy Perry was the most overwhelming with the wings she wore that day on the final mega event. She was looking ravishing even though she could barely walk with the large wings of her outfit. 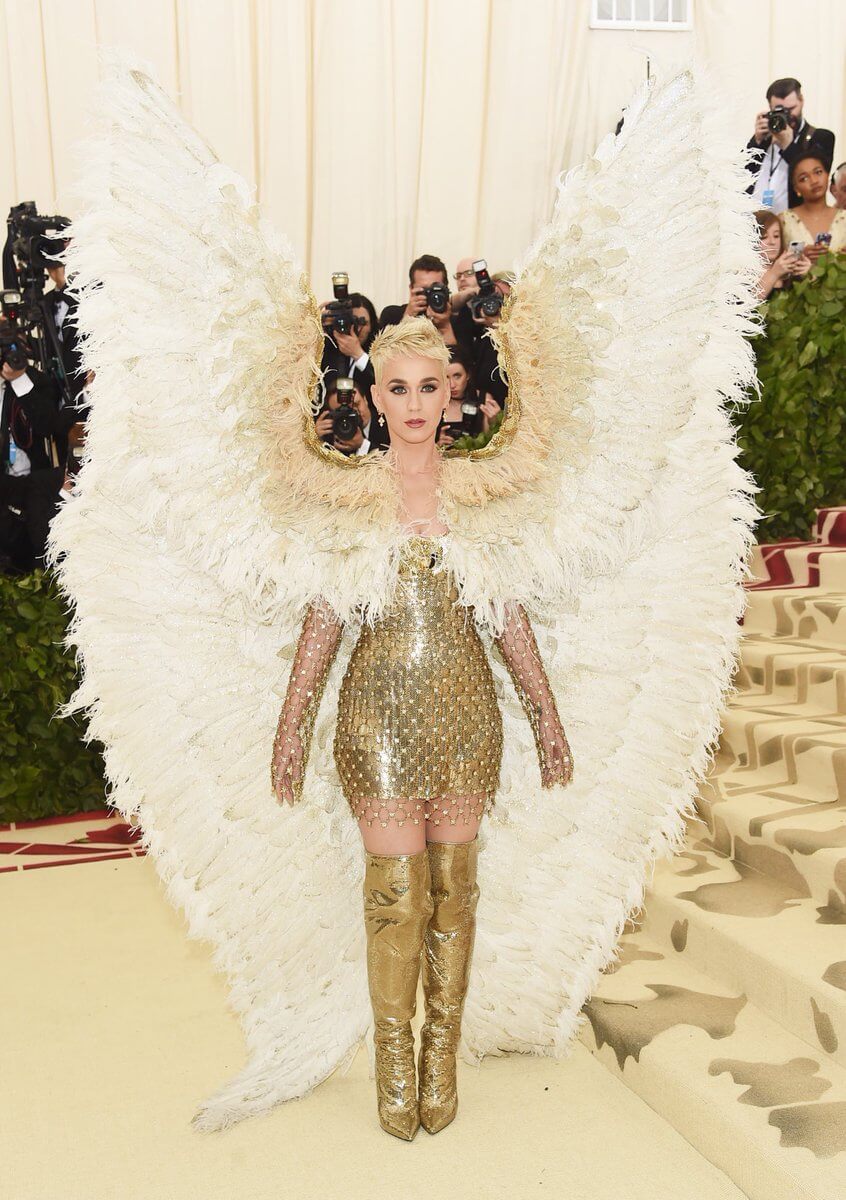 8- Cara Delevingne: Cara Delevingne somehow managed and negotiated with the staircase that show was given to wear for covering her face on the mega event. She was totally spectacular and maybe it was a sartorial interpretation to present her in such a way. She was at her best and was at truest icy cool that made her the lady of the event. 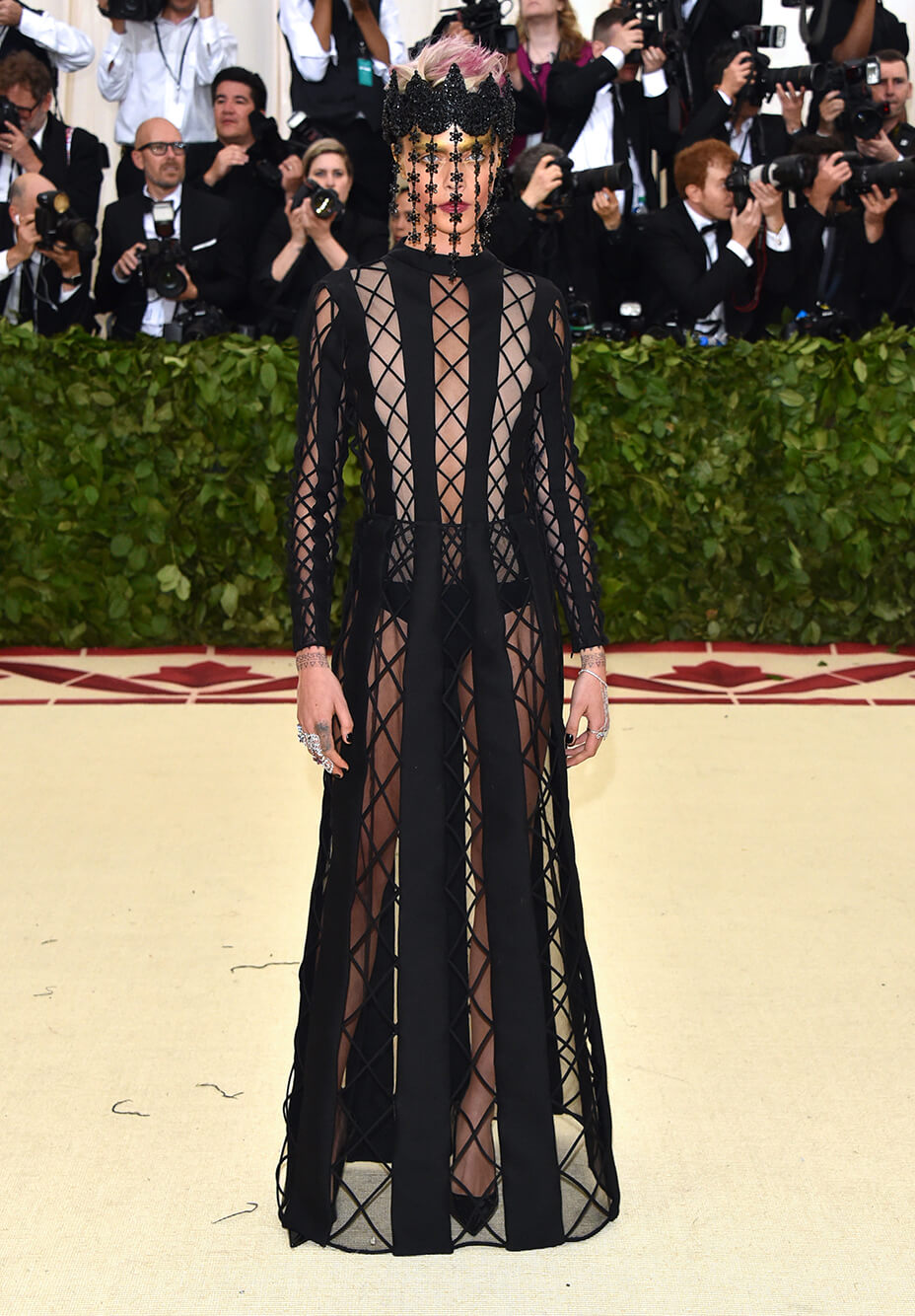 9- Kim Kardashian: She was exceptional on her completely gold sequined gown. Being well served by aesthetic it was very agitating for everybody present in the red carpet to steal the focus from her face. 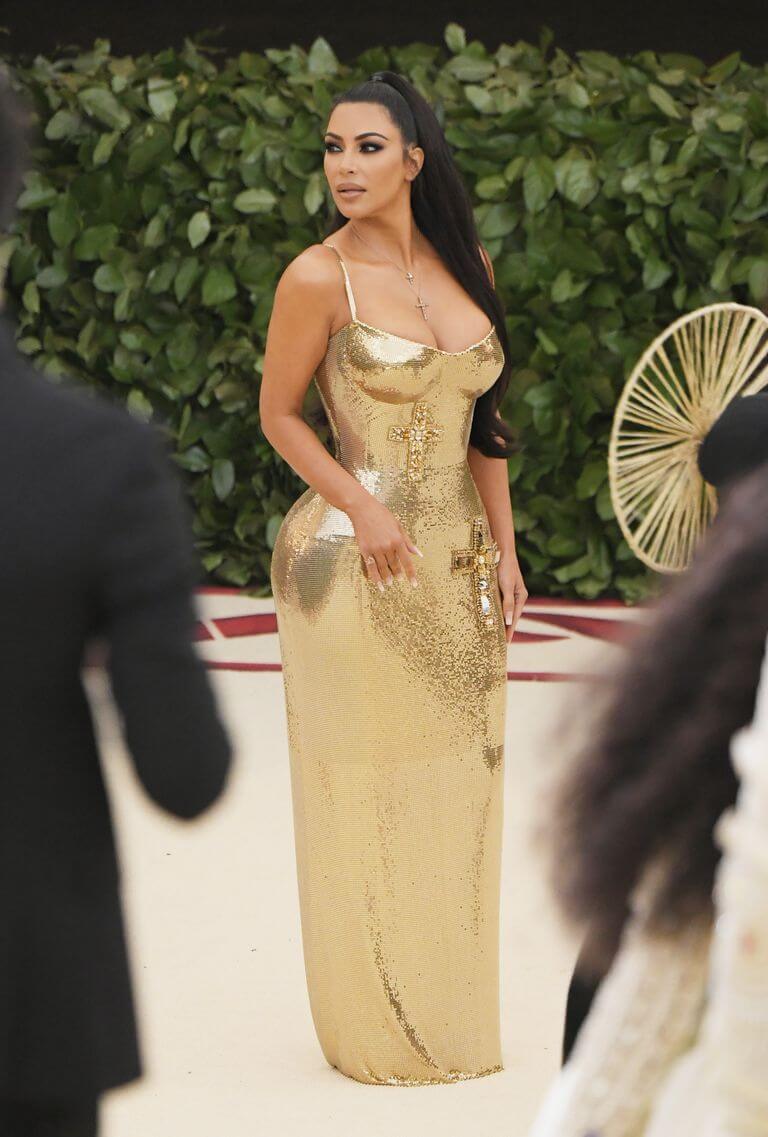 10- Cardi B: Cardi B dressed up as a Renaissance fertility goddess. She might not be fully comfortable with her outfit, but it brought her a turn of phrase which had let her gestate in peace. She was not only in the perfect balance of the theme, but her dress also managed her to win the unique gyration of the red-carpet show. 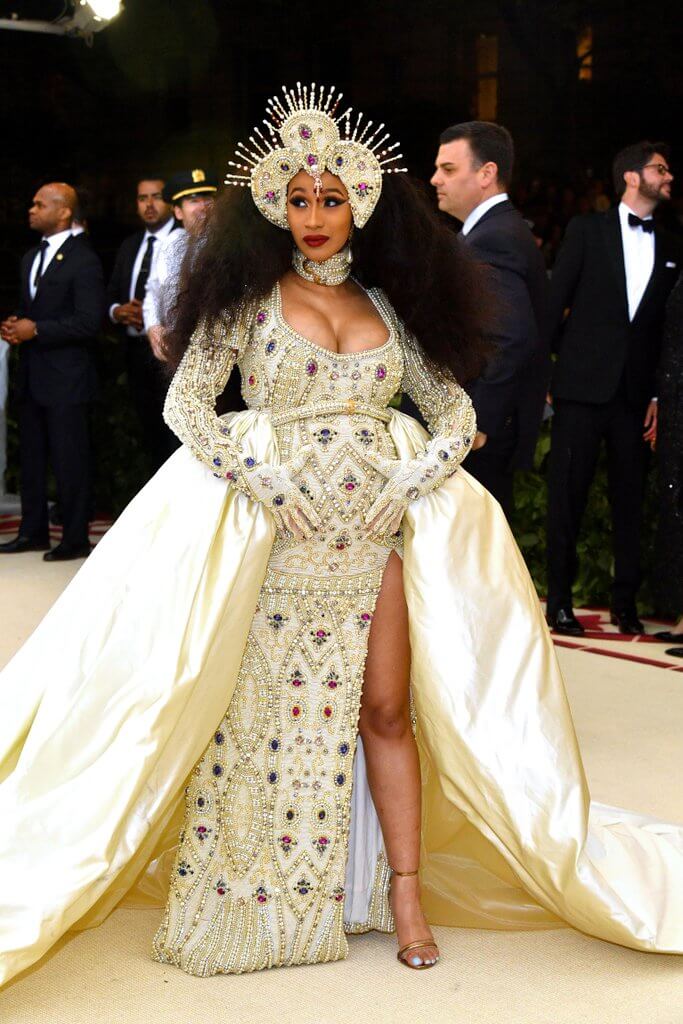 At such a fashionable night when all the heavenly figured celebrities stand out to be a sea of stylish stars the Met Gala, which was centered around the controversial theme “Heavenly Bodies: Fashion and the Catholic Imagination”, the celebrities had completely knocked it out of the fence.