Home Sport Why Nakamura VS AJ Styles is the best decision for WM smackdown? 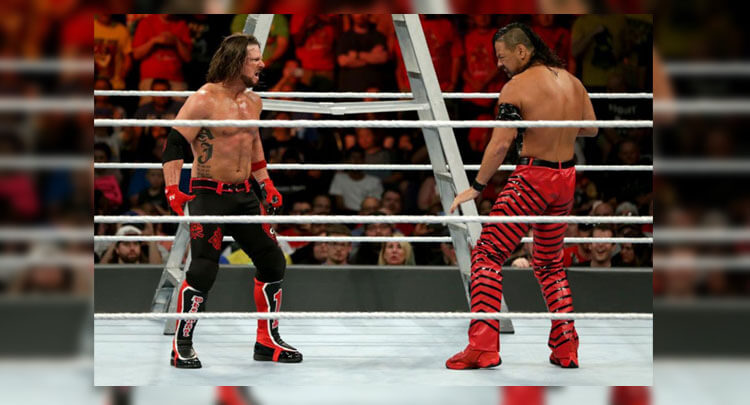 Smashing down all the rumors that were on the market from last 4 months, WWE has finally announced the fight between Royal Rumble winner Shinsuke Nakamura and AJ Styles for WrestleMania’s final smackdown event.

If you are a WWE fan and are following the same for a long time, then you must remember the 24-minute classic for  IWGP Intercontinental Championship between these two legends.

It has just been a day that WWE has made an announcement for the same, and the world is already talking about it. Fans from all around the world are welcoming the decision with open arms and heart, and this is quite hard to digest.

There has been a situation of unrest among fans from last year when WWE planned to have Roman Reigns vs. Brock Lesnar as the main event. Some die-hard fans were not happy about it as they believed Seth Rollins or Braun Strowman would make a better foe for Lesnar.

Also, Read: Is WWE Real Or Fake? – What is the truth behind this wrestling?

But, the case is different for Styles and Nakamura; we can’t really catch up the dissatisfaction among fans till now. And they have all valid reasons for the same, as this bout is featuring two of WWE’s hottest acts and biggest stars for the first time under the bright lights of WWE.

Secondly, all the potential WWE title matches have been already done on WWE platform; and fans don’t really want a replay. Thirdly, this match is supposed to be so much benefit in terms of revenue collection as well.

According to Brandon Howard from fightful.com, Wrestle Kingdom 10 was so successful that it broke 19 years of records of revenue collected by NJPW in 2016. In addition to that, that match was rated 4.75 out of 5 by the Wrestling Observer.

What do expect from this fight?

One thing we can assure you of is, the fight is a huge deal and it is going to be great- in all terms. Both of them have great fan following, and they have truly earned it during the course of time.

We considered this fight as pure wrestling match and we expect it to be a tremendous in-ring encounter as the crowd and ambience would be perfect, provided WrestleMania is attended by diehard fans all around the world.

We are all geared up for the bout; hope you are too. We do not think it can get better than this, can it?