Home Funny Is Santa Real or Fake? Everything you need to know 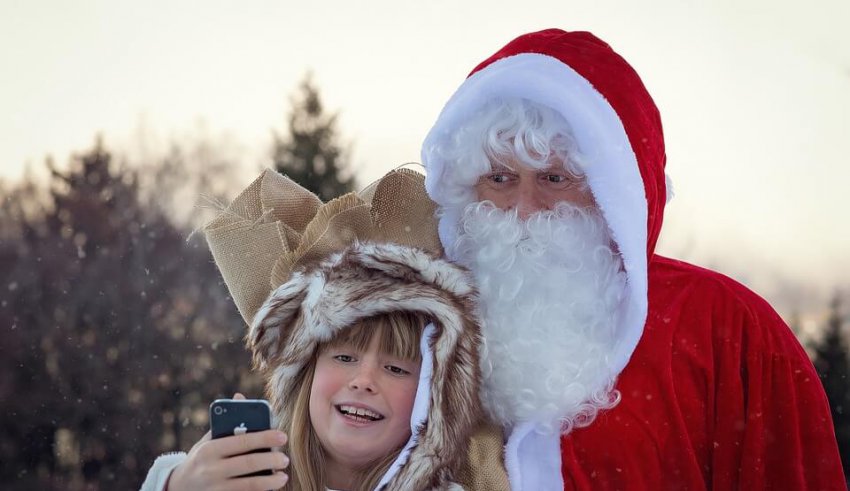 What do you think about Santa? I think you are also in that list who waits for Santa at every Christmas. If you are one of them who knows about Santa that Is Santa Real or Fake? then do not worry, I will clear everything about it, then you can tell us to your kids about it.

Santa Clause or just Santa is a jolly figure popular among children, he wears red and white colored clothes, has a white long beard on a charming and smiling face.

A lot of stories are there that describes the origination of Santa who carries a bag full of gifts to share happiness among the children. One story, that is considered to be the most legit is;

In the 4th century, there was a person named St. Nicholas, residing in Northern Europe and belonged to a very rich family. He saw a poor man who had three daughters, he didn’t have enough money for getting them married.

When Nicholas came to know about this thing, he sent a bag filled with gold via chimney of the poor man’s house. This bag got fell upon a sock who was hung there for drying.

Nicholas did the same thing for the second daughter also. Poor man caught him doing such act, but Nicholas requested not to tell about this to anyone. Later, Nicholas became Saint Nicholas for his many acts that represented his kindness and became a bishop.

Nicholas was also popular for helping the sailors and hence even today sailors of Bari carries his statue to the sea every year on 6th December, which is the date on which Nicholas passed away. In the late 17th century, American culture was introduced with Saint Nicholas by a group of businessmen.

Santa’s popularity got increased during the Victorian era when several poets and artists started to rediscover him. Hence, the children started to hang a sock so that someone comes and gift them different presents. Also, as the Nicholas didn’t like to be known while gifting the presents, it is said that children should sleep early on Christmas Eve to receive presents. 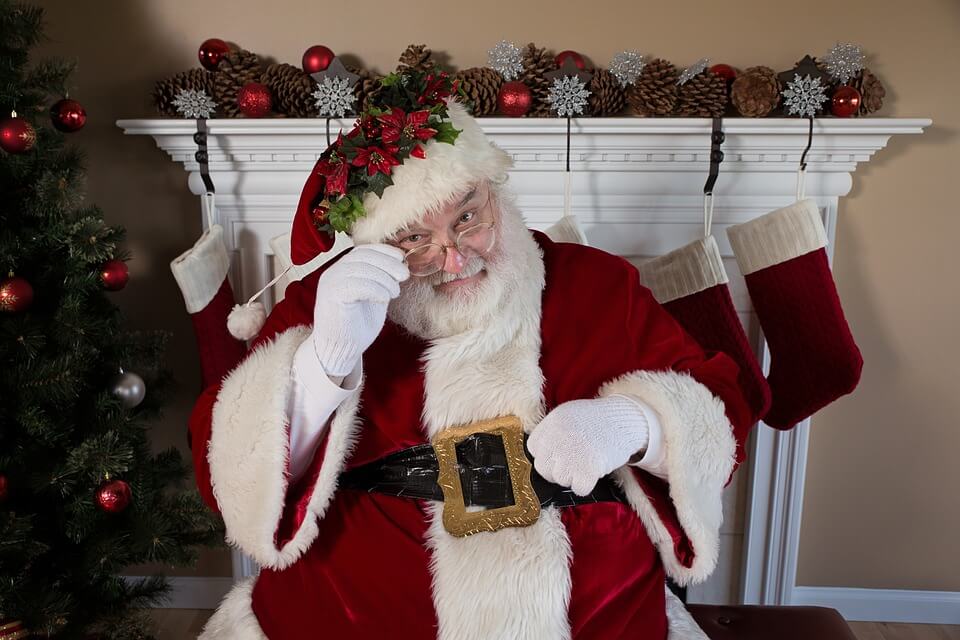 The existence of Santa got proven by the men who stated, “Roger, please be informed that there is a Santa Clause” while being on NASA’s Apollo 8 spaceflight mission. This mission got initiated on 21st December 1968, and they made this above statement during their return towards earth on 24th December 1968 on Christmas Eve.

However, the presence of a sled along with the reindeers who helps in transporting Santa from one place to another remains doubtful. Considering the mathematics, it becomes practically impossible to deliver presents to each house with children within a single eve. In spite of several stories and debates, the kids are still made to be believed that Santa exists.

Facts about kids who think Santa is real

Santa is popular among kids all over the world, kids learn about Santa from their parents, friends, and relatives. Kids are taught that if they will do good deeds across the year, they will receive presents in the year-end during Christmas. Parents also tell their Kids to sleep early on the day of Christmas so that Santa can come to their home to present them a gift.

During Christmas, many persons act the role of Santa Clauses wearing the red clothes and white beard and distributing gifts on the roads, in schools, and in the neighbor. Kids believe that among these Santa, one will be the real who will come to their house to gift them presents. 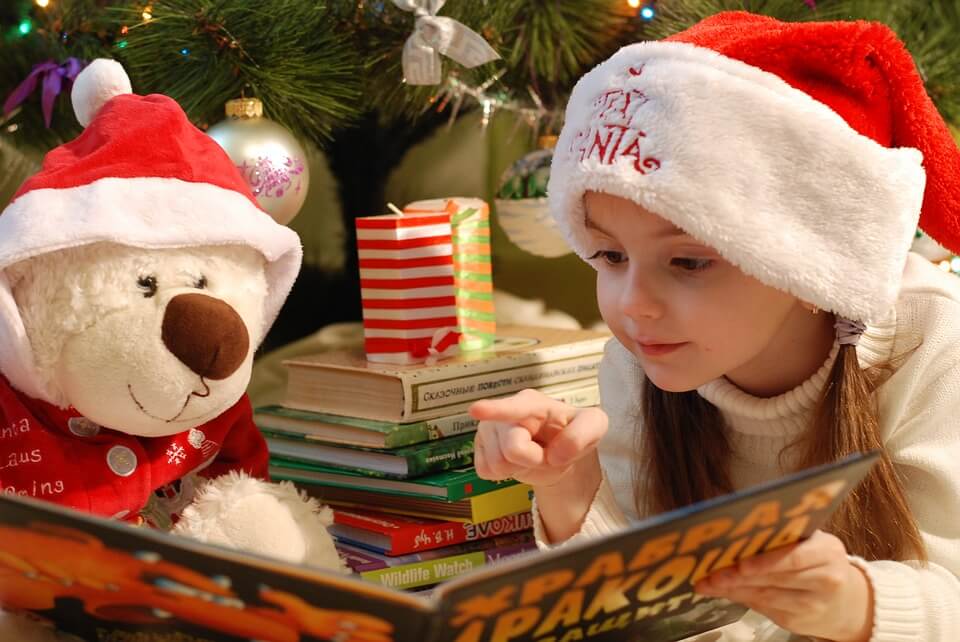 When children grow up they come to know the reality. The belief for Santa’s existence on the kids does not persist and they find it “silly” once they became mature enough. On YouTube, there are several videos that show Santa Clause, some of them also brings Goosebumps as they have not been approved or disapproved by the authorities for their authenticity.

Some children may get highly disappointed when they come to know about the truth of Santa. They may think their parents whom they believe the most make them fool for so many years. The bombshell may drop on the kids when the realized the truth of Santa Claus and it may be a disillusion day for them. But whatever it is Santa Claus is a pleasing fake that gives a lot of fun and excitement to the kids in the childhood days. So, the spirit of Santa should be always kept in the heart.

Is Santa a Delightful or Destructive lie?

Believe it or not, Santa Claus is a pleasing and greatest gift-giver in the world that you can ever imagine. Nobody can say whether Santa really existed or not. Even science cannot prove it. There were several debates on Santa’s existence, some said that the red color dress of Santa was designed by “Coca-Cola”. However, the company disagrees on this and acknowledges Thomas Nast for Santa’s dress. On the other side, it is related to Saint Nicholas’s favorite long red robes.

But whatever it is nobody can deny that the touch of Santa can be felt all around the world on the day of Christmas. No matter, whether Santa is real or fake, Santa is a delightful story that will always remain in our heart. 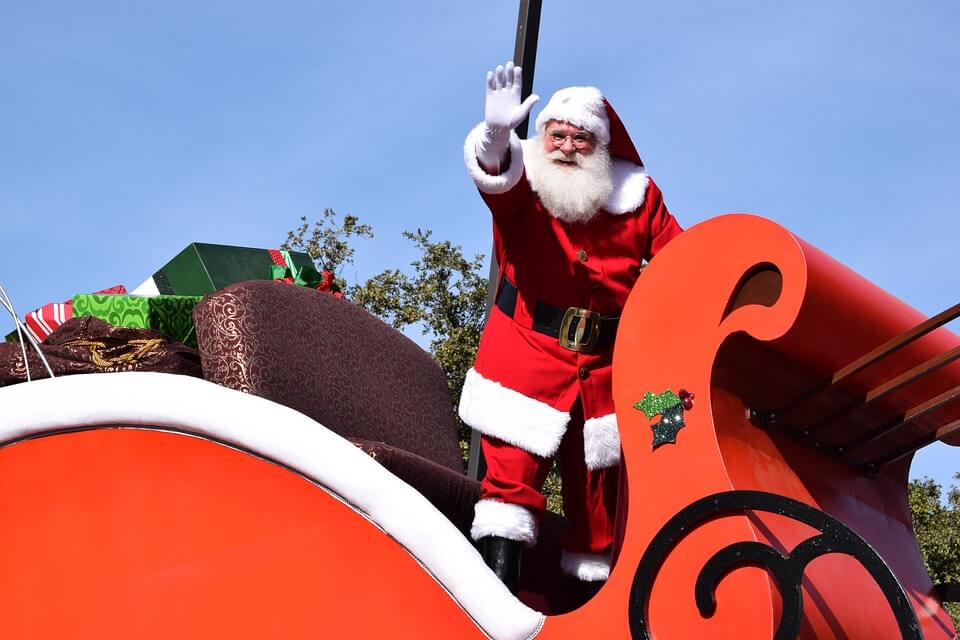 What should be told when kids ask about Santa?

The greatest truth of life is that time changes everything and everybody. The things on which we believe now may not believe tomorrow or may again believe in future. The same goes for Santa Claus.

When you were a kid your parents must be told stories of Santa and you believe that if you do good deeds throughout the year, Santa will give you a resent in the year-end during Christmas and on the day of the Christmas you sleep early so that Santa comes at you home and present you the gift.

But when you grow up a little and comes to know that Santa is a fake story you get a little disappoint and may get offended on your parents who fooled you for so many years telling that the magic existed, and you were a real idiot to believe them.

But when you will grow up a little more and remember your childhood day you can realize that the story of Santa was a really fascinating – so what if Santa is a real or fake, it had enough magic to make you smile and excited.

When you will grow up, you will understand that your parents were not wrong when they told you the story of Santa and you were also not an idiot when you believed them. Santa is a really beautiful story of our life and the spirit of Santa should always be kept up in our heart. 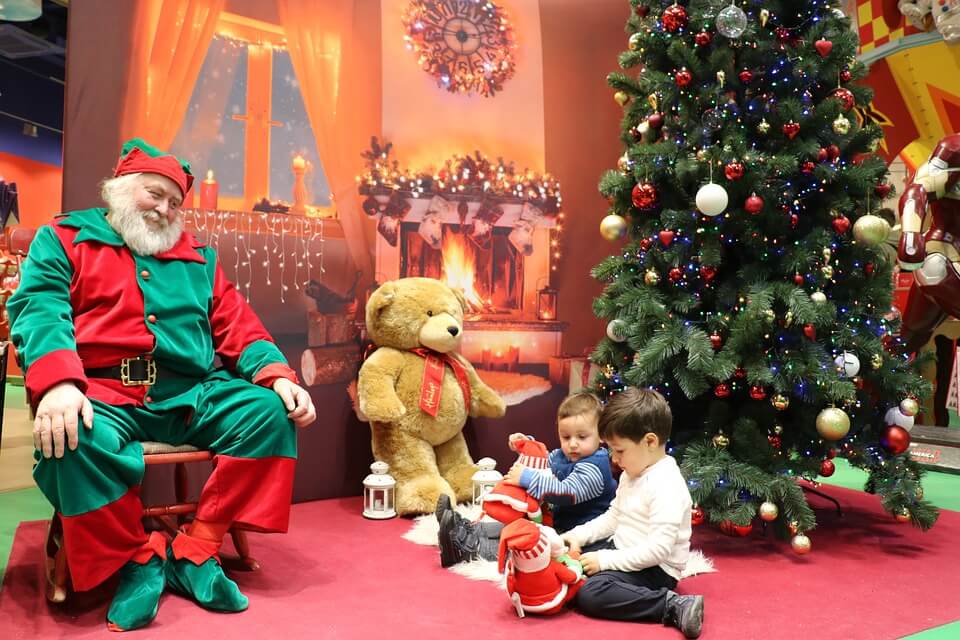 So, no matter whether Santa is real or fake we all love Santa Claus – for kids Santa is an angel or a saint who presents them gifts for their good deeds, for adolescent Santa is a pleasant fake and for adults, Santa is a pleasant memory which makes them nostalgic about their childhood days.

We should never forget the celebration and merriment that all of us experience due to Santa Claus regardless of our ages, gender, country, religion, and language. Thus, whether real or fake Santa Claus should be kept in our heart, after all, Santa Claus brings pleasant happiness in all of our life. I hope your doubt is clear over Santa that is Santa real or fake.