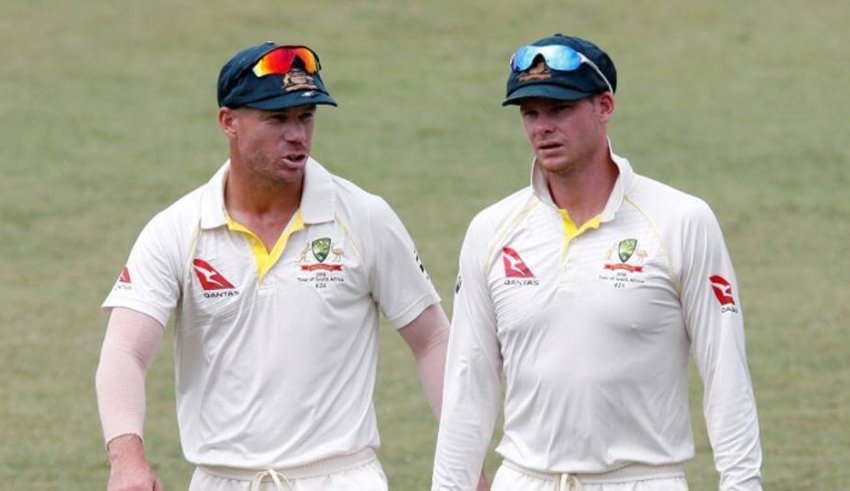 On 23rd March 2018, Cameron Bancroft was accused for ball-tampering in the match of ‘Australia vs. South Africa’. He was seen pulling out something from his pocket before rubbing the ball and thus, he was made accuse for tampering.

Next day, Saturday, 24th March, 2018, he was exposed and Smith admitted on the media that this was not his solely condemned act; Australian leadership group was responsible to plan out and carry out such a shameful act.

On March 28, 2018, David Warner and Steve Smith both have been banned from playing cricket for nation for 12 months. However, Cameron Bancroft has been suspended from Australian Cricket Body for nine months.

What are the statements available to this act …?

While reporting to the media, Cricket Authority of Australia, popularly known as Cricket Australia gives the following statement. “Steve Smith and Cameron Bancroft will not be considered for team leadership positions until a minimum of 12 months after the conclusion of their respective suspensions from international and domestic cricket.

Any consideration of future leadership would be conditional on acceptance by fans and the public, form and authority among the playing group. David Warner will not be considered for team leadership positions in the future.”

Cricket Australia CEO, James Sutherland also reported to the media. “As the Chairman has noted, the sanctions we have announced are significant for the individuals involved. That is why the process has had to be thorough to ensure that all relevant issues have been examined.

I am satisfied that the sanctions in this case properly reflect a balance between the need to protect the integrity and reputation of the game and the need to maintain the possibility of redemption for the individuals involved, all of whom have learned difficult lessons through these events.”

What could be the outcomes of this?

The very first outcome is seen soon after the news of banning broadcasted. While talking to the media, BCCI acting secretary Amitabh Chaudhary said, “I am not aware of the punishment as dissed out by Cricket Australia but if they (Warner and Smith) are banned by their own cricket body then they won’t take part in the IPL.” So, clearly, there is loss of money as well as reputation to the Australia.

Second, the team will going to face shortage of talent on the fourth test match with South Africa. Also, the three players will miss 5 ODIs and one twenty20 with England which will start on June 13, this year.

Also, ICC World Cup is just a year away and banning of two important players of the Cricket Australia would have definitely negative impact on the team. Now, team is under more pressure, short of talent and it is possible that Warner and Smith could make their return before World Cup, but also, in such a situation, they would lack of team practice.

What are the Charges?

Also, Cameron was fined with his 75% of the match fee but there is no such penalty on the other two.