Home Entertainment Top 10 Reasons that why People are not Going Theaters? 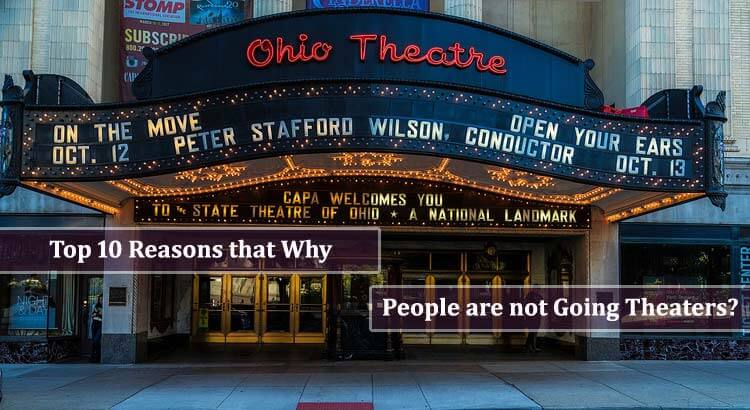 Everyone loves watching movies, some love horror, some love action movies and some love thriller movies. Many people are such huge fans of a particular character that they only watch the first day, first show movie. But according to the analysts now the number of people going to a theatre and watching movies has considerably decreased.

Why are people not going to watch the movies in theaters as such?

Is it because of no time or them felt that no movie in recent times is worth it.

Well according to a study conducted by the Price water coopers, the movie-going habits of the people has reduced to a certain level and among 53 percent of the total participants have had seen very few movies in the recent years.

Although according to NATO(National Association of theatre organization) the average rate of one ticket is just 8 dollars and as the prices aren’t super high, then what can be the reason for this sudden downfall in the movie tickets were sold. 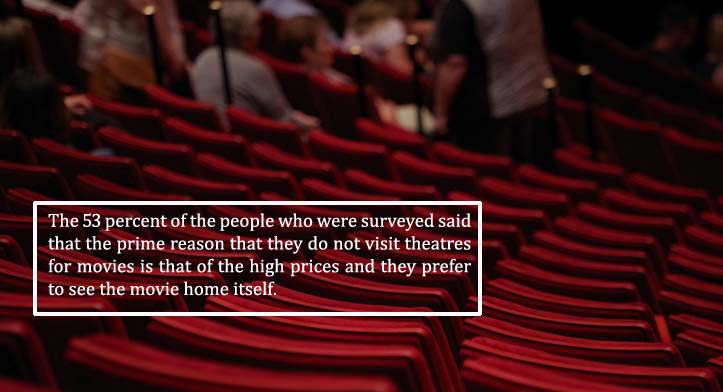 Though New York is a costly place to see a movie as the rates of the tickets are almost double the other sites and theatres, over here the tickets cost about 14 to 15 dollars.

The 53 percent of the people who were surveyed said that the prime reason that they do not visit theatres for movies is that of the high prices and they prefer to see the movie home itself.

The second reason, Most of the people watching a movie on online platforms, like HBO, TCM, VUDU, Hulu, etc. these entertainment services provide many facilities such as on-demand movies, on schedule movie, etc.

Top 10 Reasons that why People are not Going Theaters?

Prices – according to the study conducted by the PWC about 53 percent of the people felt that the rates of the movies were considerably higher and that they were out of their reach.

With the growing inflation where prices of necessities are also high, they do not feel seeing a movie in the theatre is that necessary with such high prices. And if you are in New York then seeing a movie is a big thing as the rates are almost double and more than the other places.

Though the movies are of high technology and effects, people still love the storyline. They do not feel that any new film has been that great in recent times. So this is one of the prime reasons that they are not willing to go all the way to a theatre to see a movie.

Well, we all have our own lives and work, in this busy schedule, we do not really have time to go to the theaters. And sadly theatres have their timing as well, so one is unable to fix them into the schedule and see a movie in a theatre. They would want to see a film as per as their wish and desire and flexibility, and this can happen only at their places.

Everyone who was into movies is now trying to divert their attention to other activities in the day. Like they would rather spend the amount on something productive. As people feel now they can watch the movie on their smartphone itself; they might as well spend the money in some other productive activities.

With the evolution of technology where everything is become handy, one can see a movie in the next few days after the realise without even spending extra money. The availability of the film on the internet has considerably affected the business of the movies theatre near me. So within just a few clicks, you download the movie instead of seeing it.

We all are foodies, and the food is our priority than any other thing. So the participants in the study said that they would rather spend their 8 dollars on the movie ticket on food. And they do make sense; instead of spending money on a movie ticket you can instead choose food and Netflix.

The experience that the theatres were giving to their customer prior was way better than the knowledge that the customers get now. They feel that they can get or grab the same experience on their smartphones itself and this is one of their reasons to not choose the theatres because of their declined service.

We all are aware of youtube and short films, well nowadays we have internet celebrities as well, and they are equally entertaining. Why does a customer actually step out of their comfort zone and spend money to get entertainment if they can get it at their place itself? Well, this reason makes sense; the whole entertainment mode has now been the shift.

Many people feel that going to a movie in a theatre is superfluous experiences which can be avoided come what may. Even if the movie is good and the price is lower, they do not choose movies in theatres, and they instead prefer spending their time home and resting on weekends.

Reasons, why going to a movie in the theatre is very important?

Everyone who is into movies and entertainment why don’t you see it in the theatre itself? Well seeing a film in theatre surely gives different experience to the viewers

But due to the growing rate of the price of the tickets people are quitting on seeing the movie in theaters, but this is also a very important activity. And following are the reasons why people must watch a film in the theatre itself. 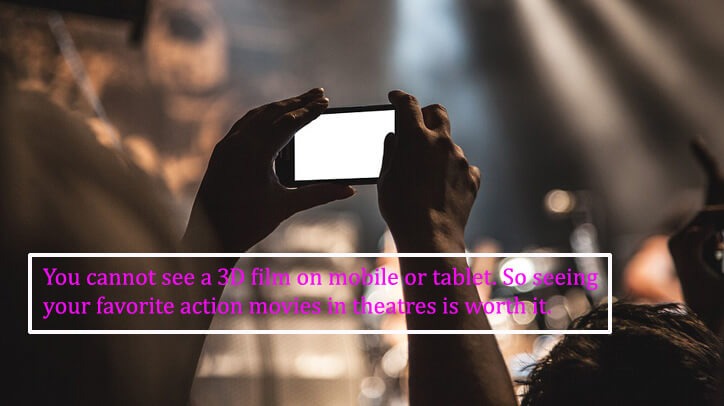 Everyone who is looking for a good movie, then please see it in the theatre itself. Though there is a hike in prices, the online convenient discounts and offers can help you to afford the film easily.

Do not download the movie online as the quality of the film is degraded and many of the scenes are usually cut. Though the price rates of the movie tickets seem to be costly, just a few movies are worth watching in the theatre itself.

The new technology and effects have made an average movie also seem to be very interesting and worth watching in a theater. So browse to the address of the closest theater near you and try to watch one movie every weekend.